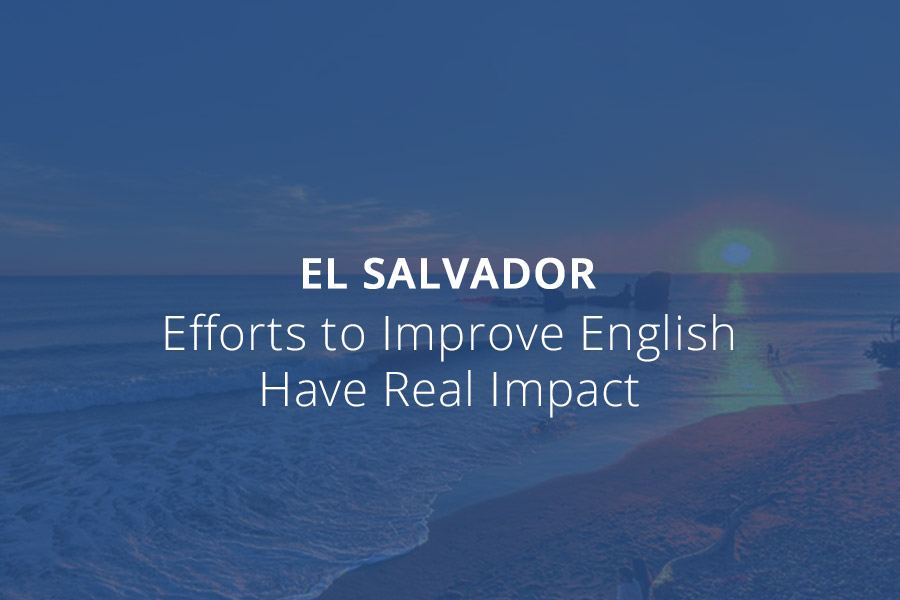 One of the most pervasive and challenging issues across the Nearshore region is establishing English language training programs that actually do work – and actually produce well-trained professionals. One country that has been working on this in a sincere way for over ten years is El Salvador – in large part because of the commitments several major contact center players have made. The results of focused collaboration between private industry, federal government and USAID is beginning to show good results.

With recent program successes under Corporate Social Responsibility programs like SUPERATE, and a renewed USAID interest in funding job training in English and technology to increase the labor pool, El Salvador has firmly planted the seeds for future prosperity. In actuality, the first call center initiatives were started back around the year 2000, initially with TACA airlines, and later expanded under the direction of PROESA, El Salvador’s foreign investment agency (then headed by the country’s Vice-President).

To meet the labor needs of such companies as Dell, Sykes, Teleperformance and Transactel, the Saca government helped found a National English Center, currently under the direction of ITCA/FEPADE.

COMES DOWN TO QUALITY

Quality in education is a perennial theme in the region and much has been written on the need to modernize curricula and improve quality, as reported last year. In the meantime, however, there continues to be a growing need for well-trained personnel due to expansion efforts; and many believe that even greater coordination can help address this on-going shortfall.

One such effort is USAID’s Program of Access to Employment, which is part of an alliance with an initial group of three call centers to “prepare people with English fluency good enough for employment in call centers,” explains Beto Brunn of CARANA/USAID. “These “advanced” speakers receive training for seven to eight weeks, and most of them are immediately hired.”

During the ramp up, USAID developed a tailor-made curriculum, trained teachers in its application, and certified four training organizations as authorized training providers. Call centers nominate persons for training, committing themselves to pay half the cost of the training, with the other half paid by the USAID Program. “The first group started training in February and through early November 2011, 71 persons identified by the Transactel and Teleperformance call centers had completed training at Technological Institute of Central America (ITCA); 51 of these have already been hired or promoted (including 20 women, 41 youths). Moreover, 33 persons are in training now. The target is to generate employment for at least 2,000 persons over three years,” said Brunn.

“Our experience with CARANA has been fantastic. They have been very engaged in understanding the needs of our organization. This has allowed us to work together in making changes were needed in order to provide a better candidate for employment,” said Transactel country director Guillermo Valiente. “The take rate from the program has been close to 70%, making CARANA the most successful program in developing English skills for the call center industry. We are highly committed in making this a sustainable source of new hires for our business.”

As reported on Nearshore Americas in May 2010, “the initiative seeks to improve the link between employers and training providers to improve program quality.” A formal alliance has been created between with the Professional Training Institute (INSAFORP) and the Investment Promotion Agency of El Salvador (PROESA).

INSAFORP`s programs are already funded by private sector contributions of one percent of payroll expenses, so the call centers, among the companies with largest payrolls in El Salvador, are contributing significantly to INSAFORP. Recently, the call centers have agreed to pay 15 percent of the cost of the expanded INSAFORP-sponsored training. This could mean that the USAID pilot will become a permanent government work force training program.

At the start of this effort last year, the goal, according to Economy Minister Hector Dada, was “to improve the functioning of the Salvadoran labor market.” The minister said they were working to modernize the economy and “the training of the workforce is critical.” The current program has an estimated total funding of $7.5 million for a period of four years.

As late as 2008, when Dell Computers sold its contact center to Stream Global, fewer than 15% of the National English Center graduates were actually employable in the contract center industry. Today, however, that percentage has climbed to over 70% and rising.

Category: White Papers By The Office Gurus April 13, 2015
Next

ABOUT The Office Gurus

The Office Gurus® has risen to become one of the leading global BPO companies. Businesses in all industries find that in-house call centers and customer service teams can be expensive and time consuming to manage. We offer custom solutions through our call center outsourcing services and customer service outsourcing technology. One of our priorities is to make the process as seamless as possible by implementing superior customer support outsourcing solutions that will keep your business operations streamlined and your customers happy. 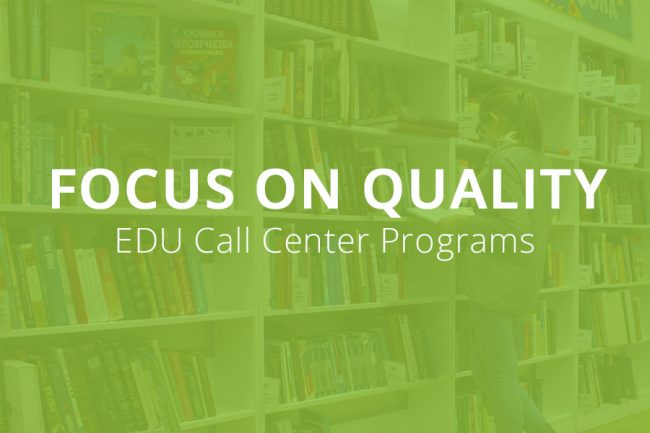